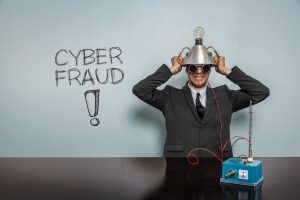 Fraud is everywhere, but did you know that Florida is renown for its fraudulent activity? It’s  a sad but true fact. In fact, the southern part of Florida has been titled “The Fraud Capital of the World,” according to the Miami Herald. And the Federal Trade Commission has reported that Florida has the highest per capita rate of reported fraud in the country. Scary stuff, especially if you’re a business owner. However, fighting fraud doesn’t have to be as daunting or as challenging as it may seem. Having Intacct on your side will be a huge help in fighting the battle. We’ve already discussed how to fight the problem from an internal perspective, and now we want to tackle the issue from an external perspective. Here’s how Intacct can efficiently and effectively mitigate external fraudsters from gaining access to your valuable financial information:

A cloud-based solution, like Intacct, is awesome because it allows your team to sign in from anywhere,  anytime, with any device. But what if some nefarious person attempts to gain access? With Intacct, you have the option to set up two-step user verification (also known as two-factor authentication.) It will kick in anytime a user attempts to sign on through an unrecognized device. If you’ve used Google or Apple services, you’ve likely set up this layer of security for yourself already, so this is a familiar scenario. And the process is just as easy with Intacct. This simple step is a cinch for you, but can be a nightmare for the wrongdoers. Chalk one up for the good guys.

With Intacct, you have a tremendous amount of control over password protection. For example, you can specify a timeframe frequency at which users must change their passwords, you can require a minimum password length, and limit passwords from being reused. We all know that creating unique passwords and changing them often is vital for securing data. Intacct can make certain that it happens because you can require users to follow all of your password creation rules. And by the way, you can also specify a maximum number of sign on attempts in a day, so those who keep guessing will ultimately (and quickly) fail at gaining access.

This is pretty self-explanatory, but it’s good to know its available. A session in Intacct can timeout in two different ways, either due to inactivity or maximum life of a session. You have the flexibility to set these to whatever you wish. In addition, you can set your timeout configurations up by company or, if you need to be more granular, by user.

Lastly, Intacct gives you the ability to set up a predefined range of approved IP (Internet protocol) addresses from which users may log in. This added feature adds another layer of security to prevent logins from unknown devices.

All combined, these security features can go a long way toward slaying external threats of fraud. Now think about your current financial software and how it compares to all the security features of Intacct. Can it battle both the higher propensity of internal and external fraud threats in Florida (or any other state) just as well as Intacct can? If you aren’t sure, give us a call. Being a Tampa-based Intacct partner, we’ve helped a lot of clients in Florida with their specific fraud concerns. You don’t have to manage the risk alone! We’d be happy to help you too. Call us at 1-844-ROGHNU1 today.