Is Your Accounting Software Audit-Ready?

Risk. We’re not talking about the game “Risk” — where you attempt to strategically obtain your opponent’s territories with a lucky roll of the dice–however, there are some similarities to what we’re going to discuss in today’s article. Parallels include: defending your territories, fortification against attacks and maintaining constant control. Believe it or not, all three of these relate to the auditability of your financial software. 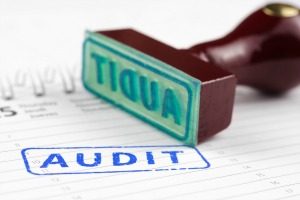 An audit by itself sounds scary, but it doesn’t have to be because Intacct does all the heavy lifting for you. Intacct’s impressive set of security features mitigates the risk of your data falling into the wrong hands. As a result, it makes the audit process a literal “cinch” when compared to past, antiquated methods of tracking transactions.

Here’s why Intacct is one of the most secure and most auditable cloud accounting software around:

Typically utilized when there is a small number of users in the application, Intacct offers the ability to regulate security based at an individual level. This very granular level of security gives the ability to assign permissions based on user requirements for every module they utilize in Intacct. The audit trail is clearly defined for each user.

Separate from user-based access, role-based access adds different layer of security. With it, groups of users take on assigned roles and are given access to the data required for their specific role within the organization. Role-based security works well for companies that have well-defined hierarchies. Audit trails are readily available for each user, no matter their role in the application.

Typically used for the most vulnerable elements of business, this level of security is utilized when more than one person is required to complete separate parts of a task. It involves breaking down one large task (such as Payroll) into multiples (such as one person handling the accounting and another person signing the checks.) Segregation of duties therefore improves security by reducing the chances of both errors and fraud.

The principle of this concept is giving users (or even programs and processes) the lowest level of access possible yet still be able to access the information needed do their jobs. This type of access helps ensure better quality data since only authorized transactions are being processed. Better quality data equates to smoother audits.

Aside from all the security measures mentioned above, the audit trail itself within Intacct is strong. You can audit transactions by user, date range, audit object and more. Keep in mind that Intacct also automates and consolidates several (typically) manual processes, which will reduce errors and make your accounting that much more transparent — and therefore, more audit-ready too.

Last, but certainly not least, there are a number of security measures embedded within the Intacct program itself. Some of these include inactivity timeouts, increased password complexity, enforced password changes, IP address filtering, single sign-on, two-step verification and more.

Still feeling like it’s all too “risky”? Roll the dice and give us a shout. One way or another, we’d be happy to chat and set your mind at ease, and we promise we won’t try to occupy your territory.